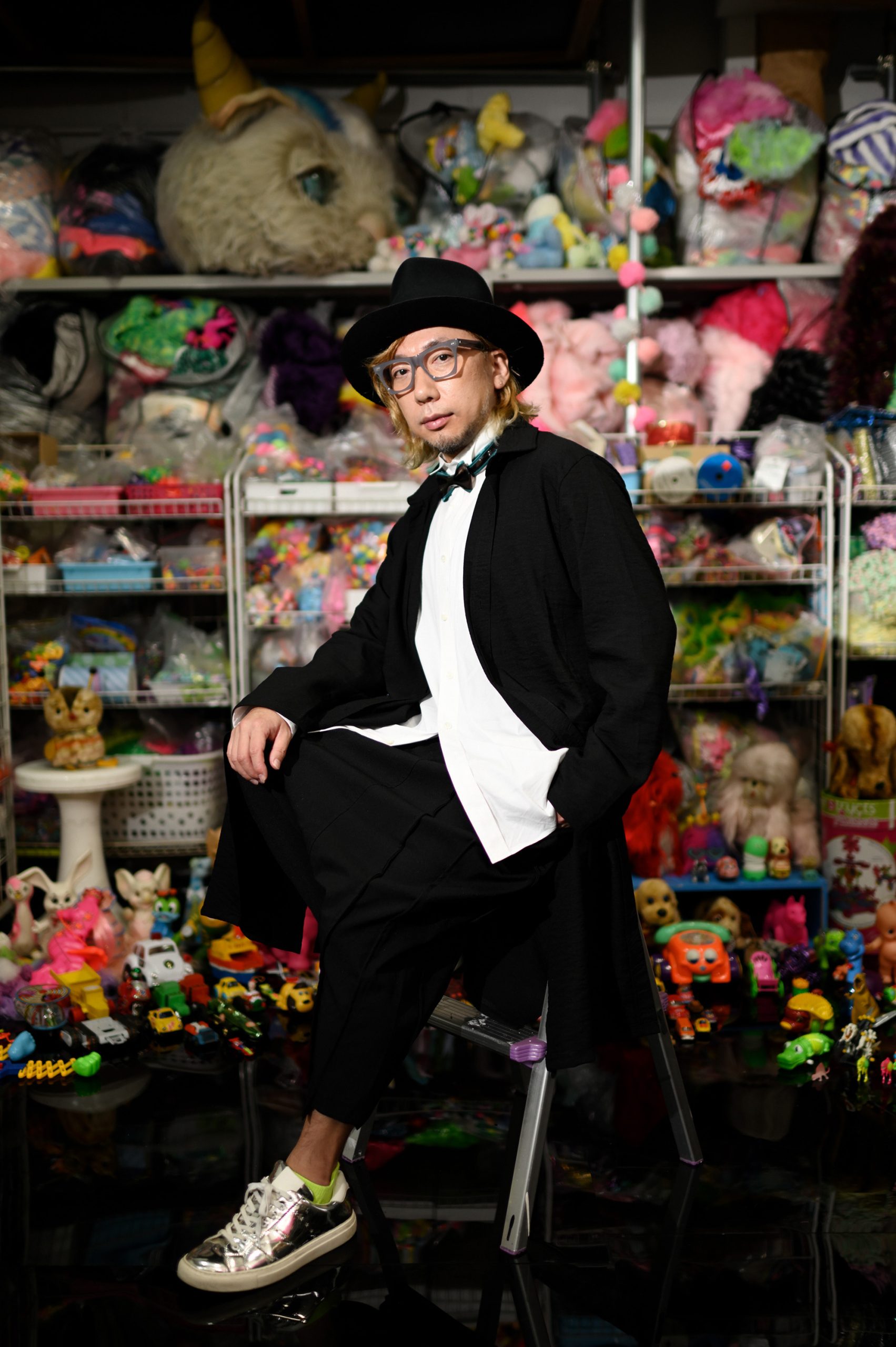 Born 1970. Began working in the 90’s in the worlds of theater and contemporary art. Since making Harajuku his base of activities in 1995, he has consistently created works that utilize a unique sense of color and cross over into the worlds of art, fashion and entertainment. Known as the leading figure of Japanese KAWAII culture, in 2011 was art director for Kyary Pamyu Pamyu’s music video PONPONPON, in 2015 produced the KAWAII MONSTER CAFÉ, both of which also helped introduce the world to KAWAII culture.

In 2014 held his first solo exhibition in New York titled Colorful Rebellion –Seventh Nightmare–. In 2017 as the Japan Cultural Envoy, 2016 traveled to Holland, South Africa, Bolivia, Brazil and throughout America, holding lectures, workshops, and created various artworks. He 2017 has created the participatory art project TIME AFTER TIME CAPSULE in 2014, unfolding at several locations throughout the world. Having experienced the fragmentation of the world during the pandemic, Masuda became deeply interested in the nature of community, and began to advocate for the Digital Tribe and examine it through his own Kawaii community.

He continues to create works utilizing all the phenomena of the world as materials.

AWA is the largest anime convention in the Southeast, with over 25,000 attendees in 2021.