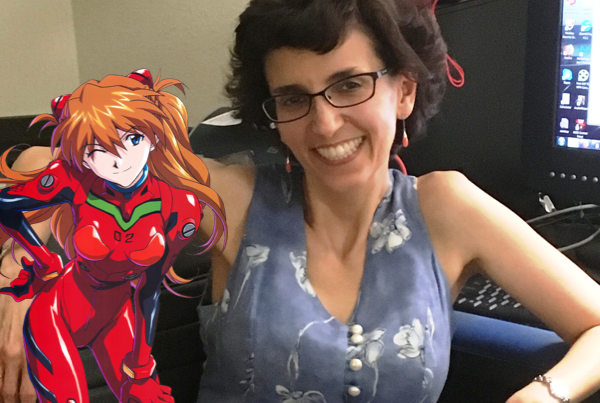 Tiffany Grant, a new Georgia resident, is thrilled to return to AWA after an 18 year absence! Best known as Asuka in NEON GENESIS EVANGELION, Tiffany was the first anime voice actor hired in Texas [Feb. 1994].

Other videogame credits include UNLIMITED SAGA, DEUS EX II: INVISIBLE WAR and several others she’s not able to announce just yet!

Ms. Grant has adapted English dubbing scripts for TV series such as HELLO KITTY’S ANIMATION THEATER, AH! MY GODDESS 2, THE WALLFLOWER, INFINITE STRATOS, TEARS TO TIARA, PARASYTE-THE-MAXIM and DEN-NOH COIL, as well as scripts for several subtitled projects including MIYUKI CHAN IN WONDERLAND and the live-action TOKYO – THE LAST MEGALOPOLIS.

Additionally, Tiffany contributed to the albums “Voices for Peace” and “Voices for Tolerance” www.voicesfor.org. Profits benefit charities like Doctors Without Borders. CDs and downloads: www.cdbaby.com & iTunes.