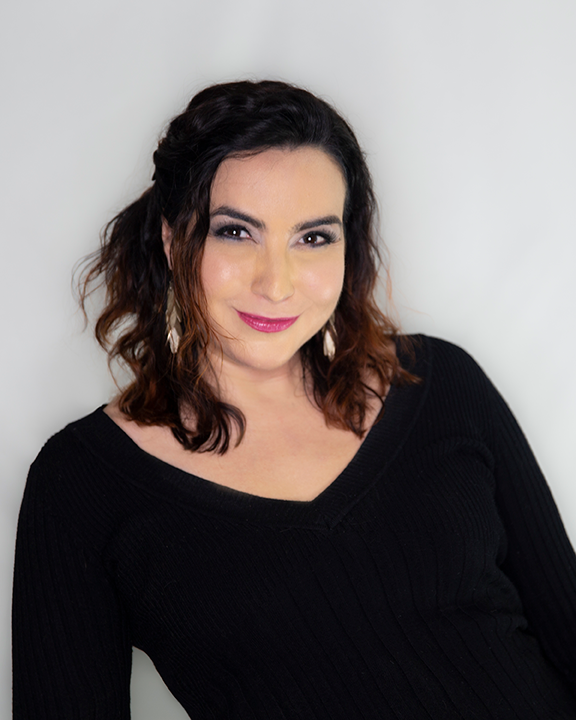 Lisa Ortiz is a bicoastal LA/New York based veteran voice actor, director and producer. A NY native, her career as a voice over artist began under the shroud of an attempted auto larceny gone awry. Luckily for her, and for her sibling the perpetrator in question, the car battery died. (No seriously, her brother tried to steal her car. That’s how she got into anime. Just ask her. She’ll tell you.).

She can currently be heard as Burnin in My Hero Academia, Korrina/Talia in Pokemon Journeys, Mion in Battle Game in 5 seconds Tao Jun in Shaman King, as well as as the Demon Lord Frey, in “That time I Got Reincarnated as a Slime” (amongst others): as va, she is most well known for her role as Lina Inverse, Amy Rose in Sonic the Hedgehog, Icy/Musa in Winx Club, and Serenity Wheeler in Yugi-oh, but she began her career as the high elf Deedlit in Record of Lodoss War. Since then she has gone on to record dozens of anime, series, audiobooks, video games, and films both as a voice and as a Producer, Director and Adapter. Her voice has been heard internationally on Disney XD, SciFi, Cartoon Network, WB, Funimation, Nickelodeon and Netflix amongst others. She has appeared in the one woman show “I Couldn’t Possibly Love You” at 53 above at the Broadway Comedy club and Don’t tell Mama, as well as the Anime Cabaret Improv Jam.

She is currently the director of Pokemon Journeys and has worked on the show in various capacities over the years since Indigo League. Voicing over two dozen Pokemon and 10 plus trainers, From Misty’s older sister Daisy, to Sabrina, to Flannery, to Talia, Neesha, Oshawatt, to Fletchling and present day gym leader Korrina, Litten, Rotom Rocket, Torracat and Poipole.

Other Favorite roles include: Tony Tony Chopper:OnePiece (4Kids), Azalyn/emi/Yumi (Irresponsible Captain Tylor), Ai (Aria), Shiori:Revolutionary Girl Utena, Natarle Badegireul in Gundam Seed, The Devil in Gangstar 4, and Musa/Icy: Winx Club , Maetel: Harlock Saga and Tao Jun: Shaman King, Carla Montez in Dead Rivals, and various voices in SMITE (Divine Dragon Bellona, Izanami). She is President of Noise of O Productions, co-founder of www.voicesforfosters.org and currently resides mostly in LA, with her fabulous felines Littie and Boudica (Boodie). After over a decade of avoiding it.. she finally owns a car again.