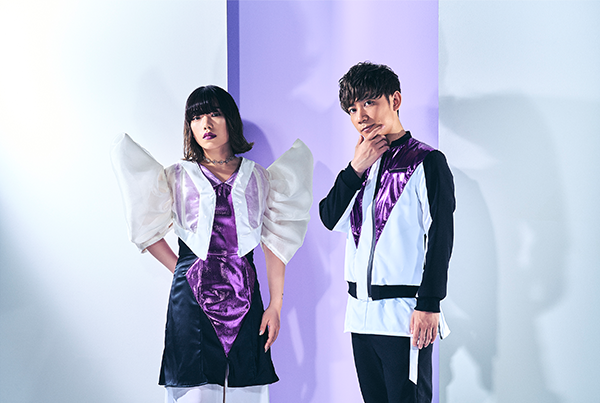 MYTH & ROID is a contemporary creative unit consisting of vocals, and Tom-H@ck on the production side, boasting a full-scale, international sound. With sharp, catchy melodies and commanding vocal performances, this duo made their major debut in July of 2015 in collaboration with the hit television anime series, OVERLORD, with their first single “L.L.L.” This success along with their coordinated release of the show’s opening song, ranked at No. 1 and 2 respectively on iTunes genre rankings, with their general rankings coming in together at No. 3, overall, making it a brilliant debut with the anime series.

Their 2nd single featured in the ending credits of the January 2016 TV anime BUBUKI/BURANKI, titled “ANGER/ANGER,z” is set to release on February 24th of the same year. This number ties together a combination of sophisticated digital rock and next generation industrial rock sounds, and an unprecedented progression of vocals.

The grouping of the words “Myth” and “Android” is reminiscent of the past, while simultaneously calling to the future. Brought to life by the idea of opening up to and expanding our current situation of an ever-developing new world of people with the same origins.

Since their debut, this team has been hailed the most likely to have international success.