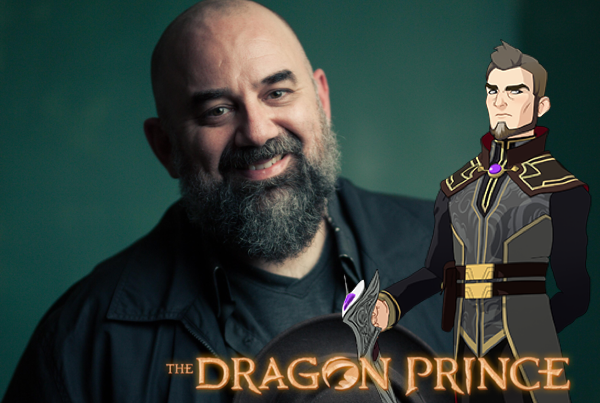 Jason Simpson is a prairie boy who brought his eagerness and ambition to Vancouver 20 years ago, and in those 2 decades, has had the pleasure of building a diverse resumé. Recent project credits include VIREN in Netflix’s ‘The Dragon Prince’; the ANNOUNCER in EA Sports’ NHL’18 / NHL’19 “Threes”; and a multi-episode arc on the hit CW show, DC Legends of Tomorrow. Jason is proud to have been the voice of numerous other characters on hit shows like Reex, Roog and Romble in LEGO’s Nexo Knights; BIRCH BUCKET, SPEARHEAD and the BUFOGREN in My Little Pony; LOBOS, TORCH WEAVER, and BIKEY in Black Lagoon; JURA, MEZU, NUSHI, ZUSHINEZUMI and more in Inuyasha; DR. LEONARD in Line Rangers; KONDO in Gintama; and UNHYGIENIX and SOMNIFERUS in Asterix: The Mansion of the Gods. You’ll also hear him doing his thing in Screechers Wild, Superbook, Nina’s World, the hit feature Sausage Party, Netflix’ The Hollow & The Deep, Supernoobs, Geronimo Stilton, Gundam Seed Destiny 00, Death Note, and many more. Jason can be heard in numerous Video Game titles such as League of Legends, voicing the monstrous RENGAR; the Mech Warrior franchise, Thimbleweed Park, Tooth and Tail, Industries of Titan, as SEYMOUR REDDING in the Dead Rising franchise, The Amazing SpiderMan, N.O.V.A. 3, and a host of others. Jason started his career in Film & Television, and still loves to throw his large, 6’4” frame in front of the camera as much as he can. Some select film and tv credits include The Magicians, Riverdale, Arrow, Lucifer, iZombie, Once Upon A Time, Psych, and Fringe to name a handful. Jason is also a successful Voice Over coach and instructor.