View in AWA App (Desktop Only)

Located at the edge of the universe, it is a resonant world harmonized by music.
This is a MUSICAL & LIVE SHOW carrying the message of “Life,” “Love,” and “Peace” 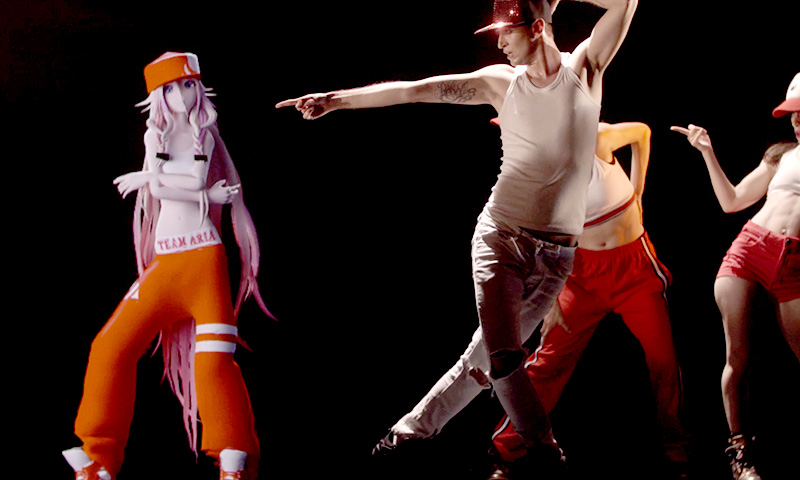 This show is the story of IA and ONE (delivered through the connection of their spirits) coming from the planet ARIA and living their current lives on Earth.
It is a mutual performance consisting of virtual and actual reality; a crossover of music, art, and technology; a completely new kind of live entertainment show – beyond the music live – experienced with all five senses. 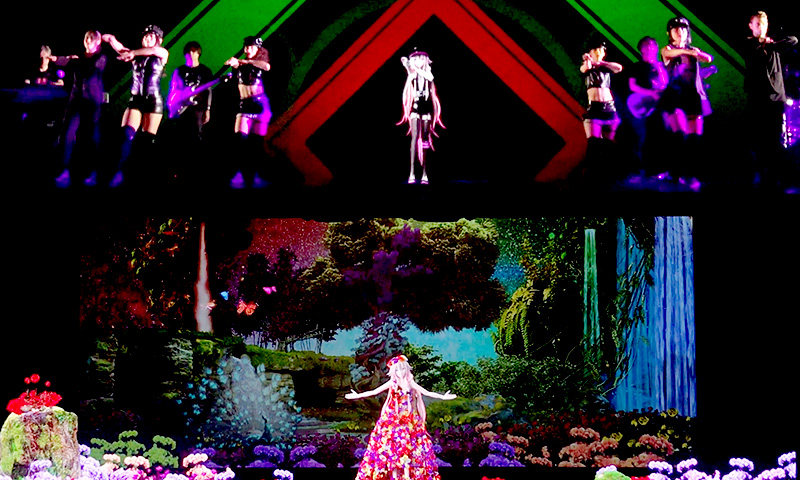 The ARIA show is broken down into four chapters; the live part includes “PARTY A GO-GO 2,” which is a sequel to IA’s first world tour. At this show, you can enjoy viewing the changes in her style of performance over the course of her time with us on our planet.

IA is a virtual artist who has a voice with the VOCALOID 3 library (IA -ARIA ON THE PLANETES and IA ROCKS) and with the CeVIO library (IA English). Her voice source is Lia, who is known as the Diva of Crystal Voice and who won a Grammy award for her assistance with the vocals on the album “Calling All Dawns.” Since IA was born as a virtual artist in 2012, she has been collaborating with various artists such as TeddyLoid and Jin on projects such as the Kagerou Project.

Her first live concert in North America was in July 2015, at the Los Angeles Anime Expo, in front of a sold-out crowd of two thousand. Considering that this was her first live, it was a spectacular success! In September of the same year, her first solo live, IA – 1st Live Concert in Japan-PARTY A GO-GO, was held at the Akasaka Blitz in Tokyo. This concert was also a resounding success and as a result, she ended up holding a successful world tour in cities such as New York; London; Shanghai; Hong Kong; Mexico City; San Jose, Costa Rica; Melbourne; Montreal; Santiago, Chile; and Madrid. In addition, her film concerts were featured in more than one hundred cities around the world, drawing an audience of over thirty thousand.

In March 2018, on her latest album, IA/04, she sang her songs in English for the very first time. In June 2018, at the Digital Art Festival held in Enghien-les-Bains, France, IA’s latest performance, which was a pre-production performance of the MUSICAL & LIVE SHOW – ARIA, was held. She received high critical acclaim for it at each level of the French media outlets, including national TV. In September 2018, she served as an ambassador (a virtual ambassador) to the 30th IOI (International Olympiad in Informatics) in Japan, which hosted participants from 85 countries.

In addition to performing as a singer, IA is also making herself known in the world of “AI.” In March 2018, she served as a virtual attendant at one of the busiest train stations in Tokyo, helping direct thousands of passengers per day to their proper rail destinations. She even had a live conference in Tokyo, going so far as to interact with the audience simultaneously between real space and virtual reality space. Her range of activities is becoming more and more broad every year as she continuously strives to reach her full potential, which is going to extend much further than her role as a virtual singer.

In 2019, IA started her ARIA World Tour, which began with her anniversary performance in Japan on January 26th and 27th. Her first live performance in North America is going to be in Atlanta, Georgia, in the month of October.