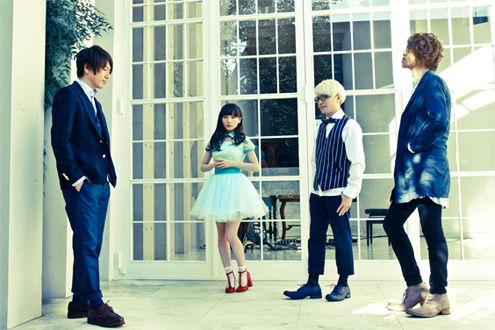 fhana’s own 1st full-length album “Outside of Melancholy” will be set to release on 4th of February, 2015.

About the band members:

In addition to their own music, fhána has also sound-produced tracks for other artists including ChouCho’s “looping star”, “life is blue back”, and Mai Aizawa’s “Sono Setsuna”. They have also acted as remixer/arranger for Sayonara Ponytail “Maho no Melody”, DECO*27 feat. Hatsune Miku “Nisoku Houkou (Two Breaths Walking)”, the TV animation “ROBOTICS:NOTES”, and many more.