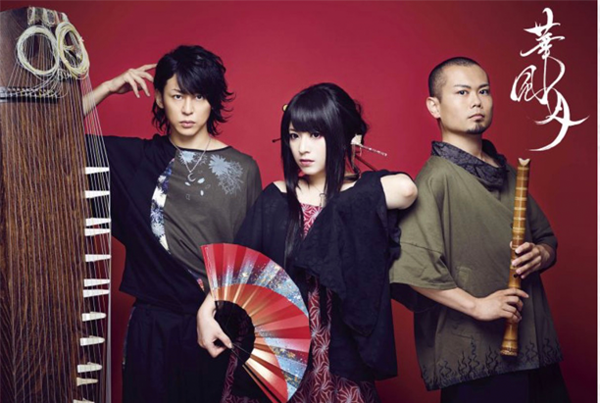 They made a major debut in 2014 and are members of the band “WagakkiBand” which fused together the rock and harmony which is now a topic all over the world.

Their original songs interweave a unique worldview with songs and instruments.

Members are full of strength.

Vocal Suzuka is a teacher of Japanese-style poetry (Shigin) and has the best ability in the whole country. She also graduated from the piano department of Tokyo College of Music.
Kaminaga of Shakuhachi is a teacher of “Tozanryu” Shakuhachi school and has overseas performance experience in over ten countries so far.

Ibukuro of Koto plays a 13-string koto, and a rare 25-string koto with few players.

While attending high school he joined overseas performances in eight countries through dispatch at the Agency for Cultural Affairs.